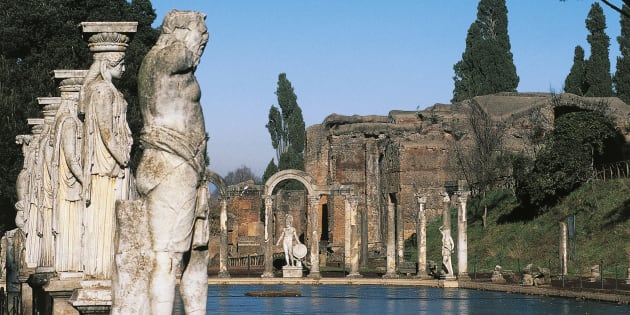 This combined tour of the two Villas is a perfect balance of architecture, archaeology, art, nature, relax and entertainment. Those who choose this tour will enjoy a mythical journey back in the time, visiting D'Este and Hadrian's Villas.

Picking you up at Civitavecchia Port at 08.00 a.m. in front of the ship, will drive for 1.40 hr appx before reaching Tivoli.

Will stop first to visit the exceptional Hadrian's Villa,  built by Hadrian Emperor who closely followed this project in every detail. On the interior there are monumental buildings, streets, ponds, thermal springs, libraries and theatres which had impressed the Emperor during his numerous journeys throughout the provinces of the empire. The Emperor s thirst for knowledge from far- away places served to shape the structure of the Roman Empire and enriched it with different cultures. This villa is a city unto itself and covers an area of approximately 80 hectares. Your driver guide will give you the main historical info and help you to buy the tkts at the site  (Euro 8 each person with addtl charge in case of temporary exhibits inside and possibility to hire an audioguide), before leaving you on your own to visit it.

Will keep driving to visit, on your own, the magnificent D'Este villa built in the sixteenth century, masterpiece of Italian landscape gardening. The site was declared a World Heritage Site by UNESCO in 2000. The gardens have been nominated and awarded the title of Most Beautiful Park in Europe more than once and it is well known throughout the world for its splendid fountains which adorn the park and enrich it with water displays. You will visit the cloister and Palace first, with ancient statues and frescoes before walking down into the garden (Euro 8 each).

At the end of this secon visit, your driver will suggest you a local restaurant for a typical lunch (not incld in the rate) or free time for lunch on your own.

Rates for a 9 hours Tour:

Rates include driver/guide and vehicle at your disposal for 9 hrs, tolls, parking, gasoline and vat.

Back to your roots